Same start to the week on Monday where the weekend news and sport was reviewed. Ably assisted with Andrew Wilson to give his thought provoking unput. After the show it was time to deal with packing for Nova Scotia to meet up with several people really interested in Caledon Radio. The first thing to do is complete all the covid vaccination passport details. This involves downloading an app writing out forms and a whole load of post covid beauracracy. Once completed its the packing for two weeks I hate. I like to travel  light (once I know I can get a decent laundry service). I have to pack up the broadcasting equipment for live broadcasts from Nova Scotia and need all the bag space I can get.

Tues was a day of rest and relaxation which was badly needed. The pressure of creating a new show each day is what ordinary folk tend not to think about when tuning in. Read a bit more of my book and got some fresh air.

Up early on Wednesday morning to get to airport three hours before flying. So left the house at 5.30am to get to airport and check in for 9.25am flight. Got in the queue and as I gave all my documents over for inspection many had neglected to fill in the forms, much to staff annoyance. I was escorted through to check in immediately whilst others had the pressure of completing their ArriveCan requirements. No bloody wonder they want you three hours before flight. On the plane and due to Canadian public health protocol passengers were required to wear a mask for the duration of the flight. I flew for six hours with a mask on only to be told by a snooty flight attendant when I took my mask of to eat on-flight snack that I had taken my mask off too early. I was in her opinion a danger to Canadian citizens and should know better. I was rather taken aback and replied back with some choice words to be appreciated by fellow travellers. Got my coffee and she moved on rather quickly. Sitting next to me was Eilidh a graduate from Glasgow University in Aeronautical Engineering who could not get a job in Scotland. She was very reluctant to go to England to work for the MOD and was taking a holiday in Canada before she enbarked on her career. On the other side of me was an ex BBC journalist who turned out to be very interesting indeed. We exchanged stories of times at BBC and she revealed that she now saw the reasons for independence much more clearly. An elderly lady she was good company and very interested in Caledon Radio.

Landed in Halifax and went through security very quickly glad to get my mask off. Unusually hot weather awaited us and I was met by friends who took us for lunch. Got donnair meat which to us is donner kebabs. They gave ne donnair sauce which I really hated. Evaporate milk with garlic,vinegar and a load of sugar. Absolutely disgusting but the Canadian’s love it. Got unpacked and because Nova Scotia is four hours behind I was suffering from jet lag and fell asleep around 6pm local time.

Up early to plug in all the broacast equipment and do some testing. I had a meet with Raj Makkar Director of Ambulatory Care at Colchester East Hants Health Authority. He wanted to speak to me after hearing me on air speaking about the Scottish Health Service. We met in the hospital where he showed me around then took me out for lunch. On the way over to restaurant Raj met at least 16 people who spoke to him. A very popular man who revels in his job. Why was Scotland so successful in its retention and recruitment of doctors? I responded with the fact that tuition fees and been abolished by the Scottish government making it easier and more feasible for students to get through their studies. Raj has the job of recruting doctors to Nova Scotia where 72000 people share one doctor. ‘It is an accute problem over here but I really don’t think the politicians have woken up to this problem and are never likely too either’. Raj wanted to know more about baby boxes and other ‘interesting ideas’ emanating from Scotland. He was busy writing notes and again was genuinely amazed at the forward thinking from Scotland. Treating knife crime not as a criminal issue but a health issue was a game changer. Free period products for Scottish girls. Secure injection sites for drug users so clean needles and secondary care can be identified were all things Raj could only dream off. It hit home to me how fortunate we are in Scotland. Finished my Thai lunch and went of to catch up with another Canadian wanting to chat with me. Before that something awful happened four doors down a massive tree fell down on the neighbours house and car. I went to the house to see if everyone was ok and to get a story for later. I met the young owner Lucas who was rather philosophical and laughed of the incident. He had moved in just four days previously. For most people this would have been a disaster but this young man was confident the insurance people would sort it out. The tree fell down from a neighbours garden.

On Friday we managed a broadcast from Truro for a one hour show. We are really chuffed it went well. Later I was asked to help dismantle a decking area as payment for my bed and board. Good fun actually and was out all day. Later we had a party and the host had asked all guests unbeknown to me ‘to take a beer for for Norrie’. I suddenly had a table full of different Nova Scotia beer with cuddles and hand shakes and kind words from all. Got absolutely wrecked and headed to bed about 11pm.

Up on Saturday to meet a good friend and contributer to Caledon Radio ; Jamie Baillie. Jamie had invited me for a round of golf at the sulubrious OakField gof course. Played with Jamie and his two friends Peter and John. Peter was a radio announcer /editor with CBC and other major American broadcasters and had great advice for me. Really enjoyable day making more contacts and connecting with vital people.

Sunday is a busy day with a broadcast of the Christian Show successfully done. Breakfast and typing the blog. Getting ready to get out for a walk and practise some Scottish songs for the Scottish night in Halifax where we are expecting a full house. Meeting a piper and fiddler later to get some sets sorted out. Also need to print out some songs.

A weekend reviewing who to get on air is always really quite easy when we read a media release on an artist and hear their music. On Monday I had the opportunity to speak with PG Ciarletta the singer songwriter from Fife who has just released Please Stay a rousing new song written on his acoustic guitar. 'I hope people love listening to it as much as I’ve enjoyed making it'. Well I can confirm we have it now on auto […] 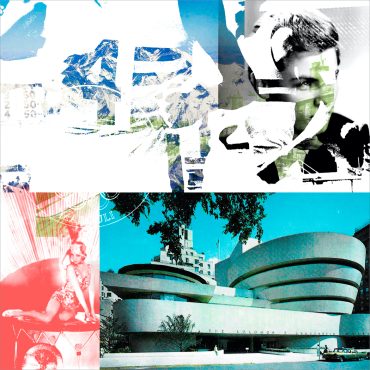 A week on the Norrie Hunter show

On Monday 15th we had an old friend of the station Christian Allard the adopted Frenchman who has contributed so much to Scotland. We looked at the current Sunak v Truss debacle and Christian was quick to tell us to ignore it. 'We cannot affect the outcome so the best […]